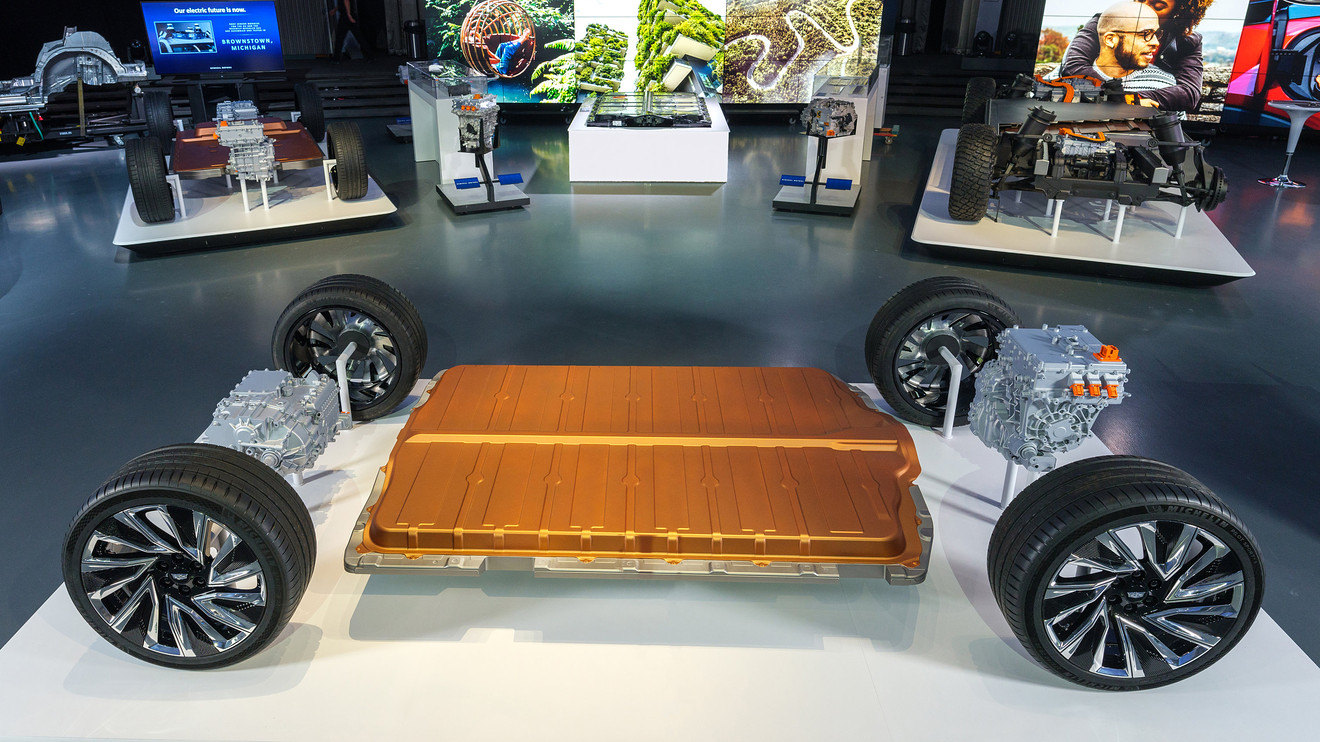 Betting big on an all-electric future, GM GM, +7.25%   Chairman and CEO Mary T. Barra said that “We want to put everyone in an EV, and we have what it takes to do it.” This clean-sheet approach promises battery-electric vehicles for every GM brand, body style, and price point in the market.

In addition to building vehicles, GM will develop the infrastructure needed to make EV ownership more convenient, affordable and fun. Already, the company has announced plans to triple charging availability at its facilities in the next year. GM believes its workforce can influence the wider acceptance of EVs. As a result, it is making EV ownership and the EV experience easier for them.

GM will also make its new battery technology, called “Ultium,” available for licensing by other manufacturers.

Barra said GM believes that climate change is real, requiring a transition to an all-electric future. GM currently re-uses or recycles all out-of-service EV batteries. Future battery technology will be developed with an eye toward sustainability, and reduced dependence on precious metals.

Not lost in the equation is the issue of profitability. Both Barra and GM President Mark Reuss emphasized that the EV program plans to deliver profitable operations from its outset. GM will “reinvent the company and reset our brands,” according to Reuss. “Thousands of GM scientists, engineers and designers are working to execute a historic reinvention of the company,” he said. “They are on the cusp of delivering a profitable EV business that can satisfy millions of customers.”

GM revealed new Ultium battery technology that employs large-format, pouch-style cells. This design gives engineers several options for placement and packaging, thanks to their flat, rectangular shape. Ultium cells are stacked vertically or horizontally, depending on the application, resulting in taller or shorter battery modules. The batteries use relatively low amounts of cobalt, an expensive and non-sustainable element of battery chemistry. GM’s joint venture with LG Chem aims to further reduce cobalt use as part of delivering a cost below $100 per kWh. GM is counting on scale to drive costs lower by manufacturing batteries under license for other car makers.

Ultium battery modules contain 12 to 24 cells each. EVs will have 6, 8, 10 or 12 modules each, depending on power and range requirements. GM believes it will be possible to replace cells in a module without replacing (or discarding) it. The electronics will adjust for the newly upgraded battery technology. This future-proofing of technology guards against obsolescence and supports sustainability.

In concert with the new Ultium battery, GM will introduce a new generation of electric motors. The motors, which will vary in kW output rating, are for use in single or dual linked applications employing housings that connect to front and/or rear axles (depending on front-, rear- or all-wheel drive configuration). The electronic control units mount directly to the motor housings, eliminating the complexity and cost of heavy-duty exposed wiring.

To make use of the new Ultium batteries, GM engineered an all-new vehicle architecture. This EV-exclusive platform is a “skateboard” design noted for its flexibility. It accommodates a range of battery modules and configures to multiple wheelbases, tracks, ride heights and overhangs. It can underpin everything from roadsters to pickup trucks. GM will retool and reconfigure several of its manufacturing facilities, including Detroit-Hamtramck Assembly, which will be the flagship of the company’s EV manufacturing effort.

This new architecture will be shared by vehicles from all four of GM’s brands: Buick, Cadillac, Chevrolet, and GMC. GM also showed existing and future applications of its EV technology.

Two versions of the new GMC Hummer EV were present in pickup and SUV body styles. Both sport removable Targa-style roof panels, which will store in the EV’s front trunk. Also on display, new Chevrolet and Buick SUVs, along with a Buick crossover were there to demonstrate the range of design possibilities.

See: What to expect from the Hummer electric pickup

Cadillac revealed the Lyriq SUV that wore the new front fascia that will be “the face of Cadillac.” It also unveiled the new Celestiq concept car, a full-size Cadillac EV sedan that will be hand-built in low volumes in Michigan. Touted as “the ultimate luxury experience,” the sleek sedan featured a low roofline, a dramatic dash-to-axle distance, and a controversial rear-end treatment – just the kind of stunner that a concept car should be to stir up conversation.

In addition to increasing charging stations at its facilities, GM plans to improve charging accessibility for its customers. Studies have shown that most charging occurs either at home or office. Public charging accounts for about only about 20 percent. GM said that people are six times as likely to buy an EV if charging is available at their workplace, termed “opportunity charging.”