Home
Stocks
Economic Report: As many as 500,000 were furloughed without pay in the U.K. in May
Prev Article Next Article
This post was originally published on this site 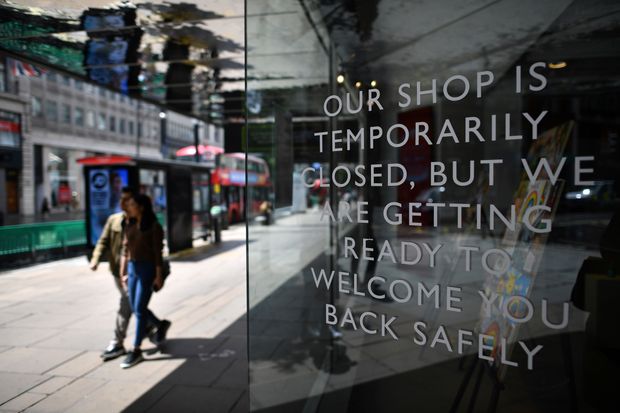 A sign informing shoppers that the shop is temporarily closed is displayed outside a John Lewis store in Oxford Street, central London on July 2, 2020. (Photo by Ben STANSALL / AFP) (Photo by BEN STANSALL/AFP via Getty Images)

Those people are officially counted as employed, allowing the U.K. unemployment rate to stay at 3.9% in the three months to May, the Office for National Statistics said Thursday.

The ONS also estimated that payrolls were down around 650,000 in June compared with March 2020.

The claimant count fell 28,100 in June against expectations of a rise.