Home
Stocks
Key Words: Chris Wallace on whether candidates should have mute buttons during debates — and his advice for the next moderator
Prev Article Next Article
This post was originally published on this site 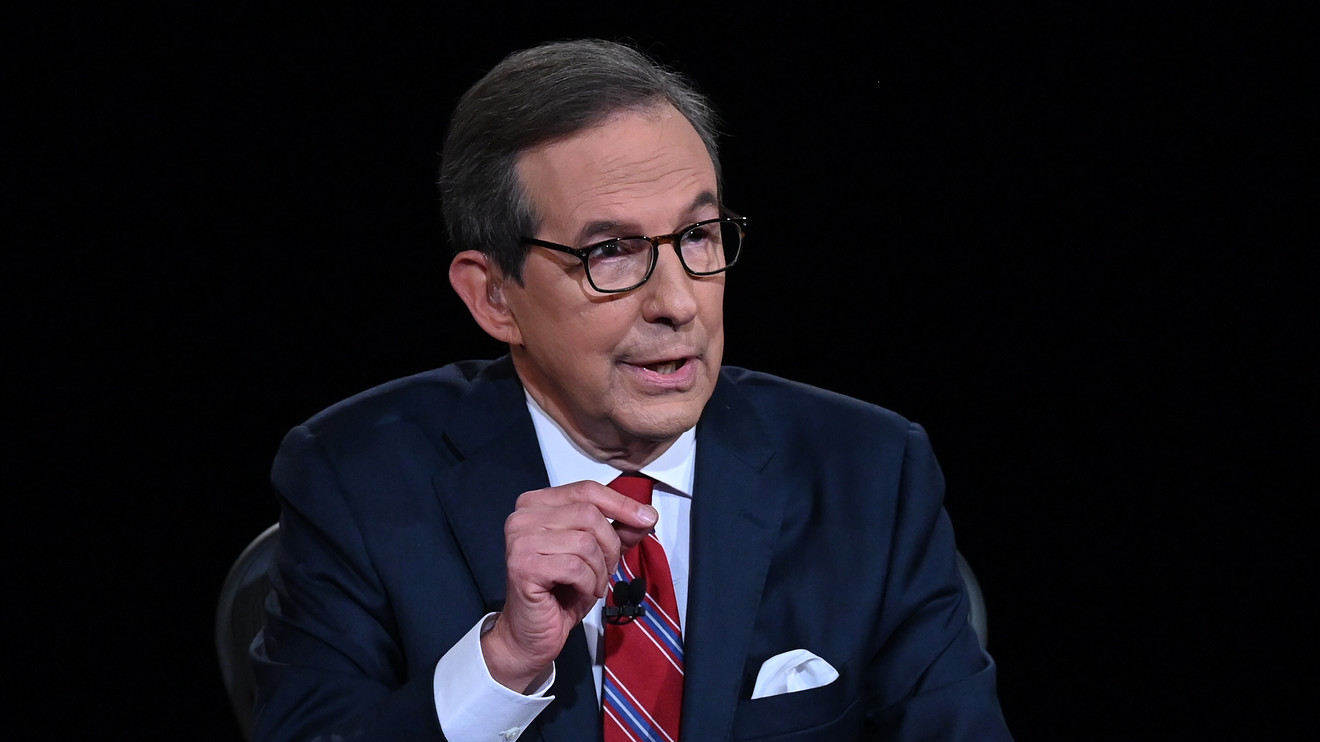 As the first presidential debate between Donald Trump and Joe Biden devolved into an interruption-ridden debacle, many viewers mused on social media that moderator Chris Wallace needed a mute button.

But Wallace himself disagrees.

In a pair of interviews with the New York Times and the Los Angeles Times following Tuesday night’s debate, the embattled moderator and Fox News anchor reveals that muting the candidates still doesn’t sit well with him at all, even as he agrees that the debate was “a terrible missed opportunity” and “I’m just sad with the way [it] turned out.”

“As a practical matter, even if the president’s microphone had been shut, he still could have continued to interrupt, and it might well have been picked up on Biden’s microphone, and it still would have disrupted the proceedings in the hall,” Wallace, 72, told the New York Times.

And he told the Los Angeles Times that cutting the microphones, which the Commission on Presidential Debates has suggested as part of its plan to introduce additional structure to future debates, “just strikes me as a bridge too far.”

“ ‘The idea that you’re going to cut off their microphone — that’s a pretty tough call. I certainly wouldn’t have wanted to make it.’ ”

Fox News Media congratulated Wallace and the debate team on how they’d handled the “extraordinary” face-off between President Trump and former Vice President Biden. “We are extremely proud of his professionalism, skill and fortitude in a unique situation while doing everything possible to hold both candidates accountable,” it said in a statement. “No moderator could have managed a debate of that magnitude better than Chris.”

The Commission on Presidential Debates also praised Wallace for the “professionalism and skill he brought to last night’s debate.” And Wallace revealed to the Los Angeles Times that Biden came up to him after the debate and whispered, “I bet you didn’t think you were signing up for a boxing match.” Trump nodded at Wallace, but saved his own feelings about the moderator for Twitter TWTR, +2.27%, sharing an image suggesting that Wallace had sided with Biden against him:

But even Wallace is disappointed with the way things turned out, and took some responsibility for it. He explained that he let the interjections go, at first, because he wanted to be as invisible as possible, and let the candidates talk. “I never dreamt that it would go off the tracks the way it did,” he told the New York Times. “I’m a pro. I’ve never been through anything like this.”

And he struggled with when and how to step in. “I’ve read some of the reviews. I know people think, Well, gee, I didn’t jump in soon enough,” Wallace said. “I guess I didn’t realize … that this was going to be the president’s strategy, not just for the beginning of the debate but the entire debate.”

Related:Hillary Clinton admits she wanted to tell Donald Trump to ‘shut up’ during presidential debate

C-SPAN’s Steve Scully and NBC News’ Kristen Walker are set to moderate the next two debates. And Wallace has some advice for them: “If either man goes down this road, I hope you’ll be quicker to realize what’s going on than I was,” he told the New York Times. “I didn’t have that advance warning.”

But Wallace said the biggest losers of the night were the American voters. “I’m just disappointed with the results. For me, but much more importantly, I’m disappointed for the country, because it could have been a much more useful evening than it turned out to be.”