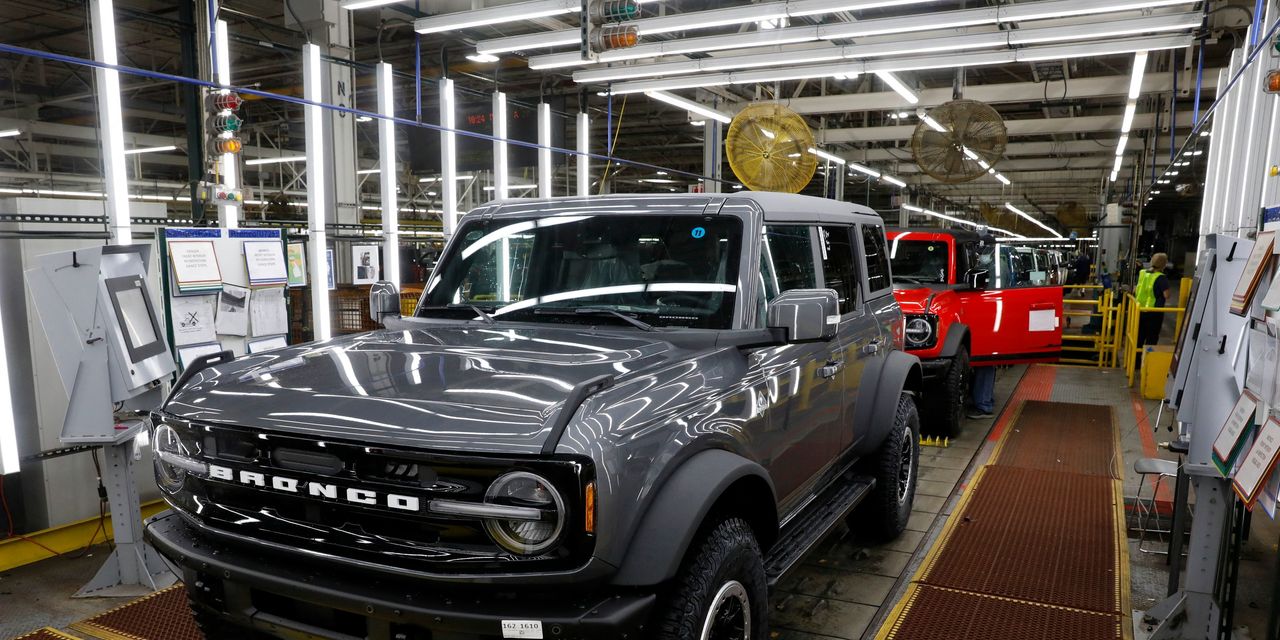 Ford Motor Co. said it would halt delivery of some new Bronco sport-utility vehicles because of a production problem, a high-profile setback as the auto maker tries to address nagging quality issues.

said Thursday that it will replace the roofs on some of the SUVs it has produced so far because of a problem that affects appearance, though not functionality. The fixes will cause a delay for customers who had ordered Broncos, which went on sale in June, a spokesman said.